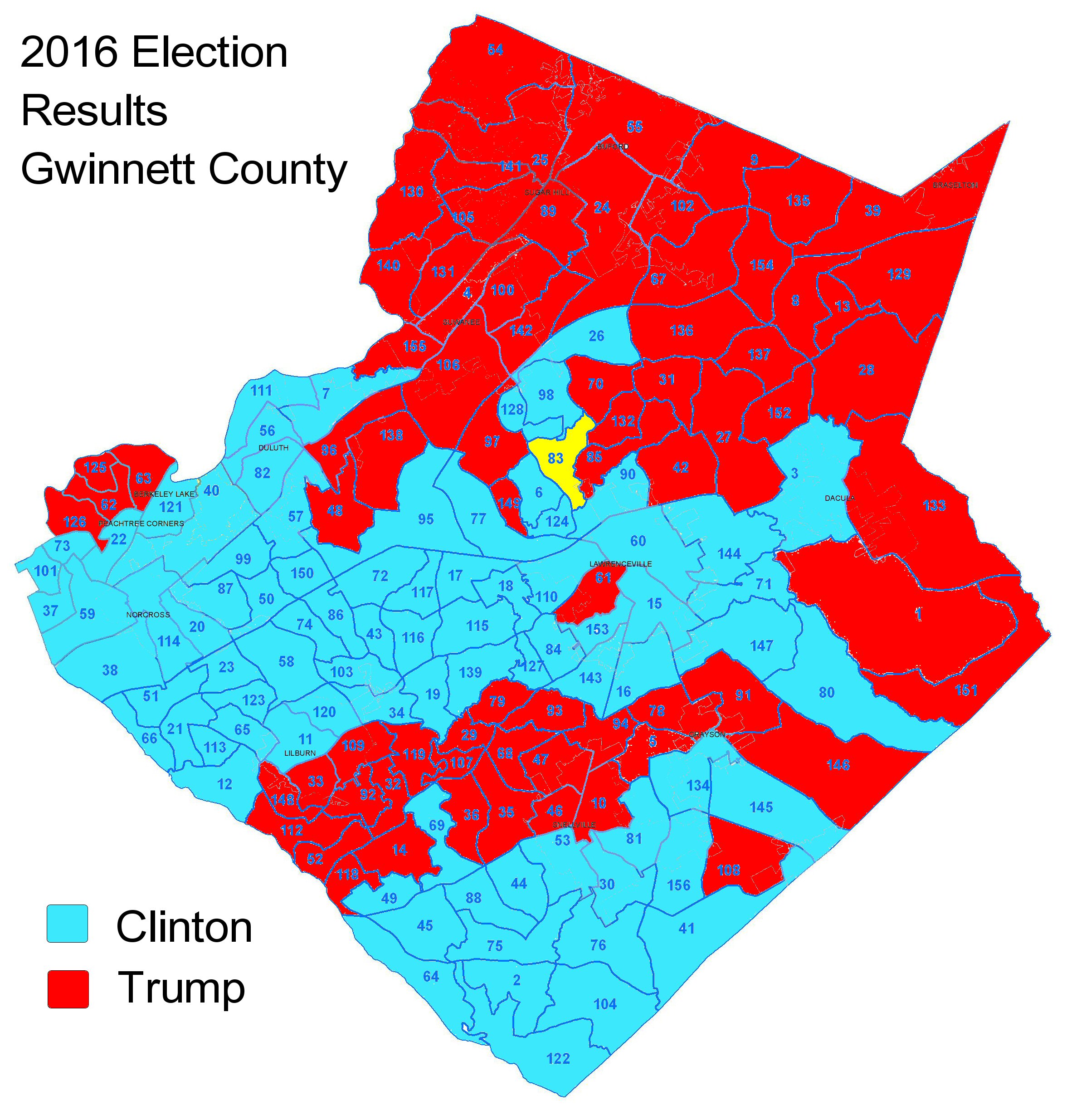 You should know by now that Hillary Clinton received 19,000 more votes than did Donald Trump in Gwinnett County.  Clinton won 50.2% of the vote while Trump took less than 45%.

It is always interesting to look at how votes break down by area, so we have taken all the precincts in the County and colored them based on the final 2016 outcome.  In many of the precincts one candidate won by literally just a few votes.  In fact, in precinct 83 Clinton and Trump actually tied.  But there were a number of precincts where Hillary won with over 3 times the number of votes as the Republican candidate.

Click on the picture below to see the full size image.  Look at the bottom of this post to see how to download the County vote records yourself. 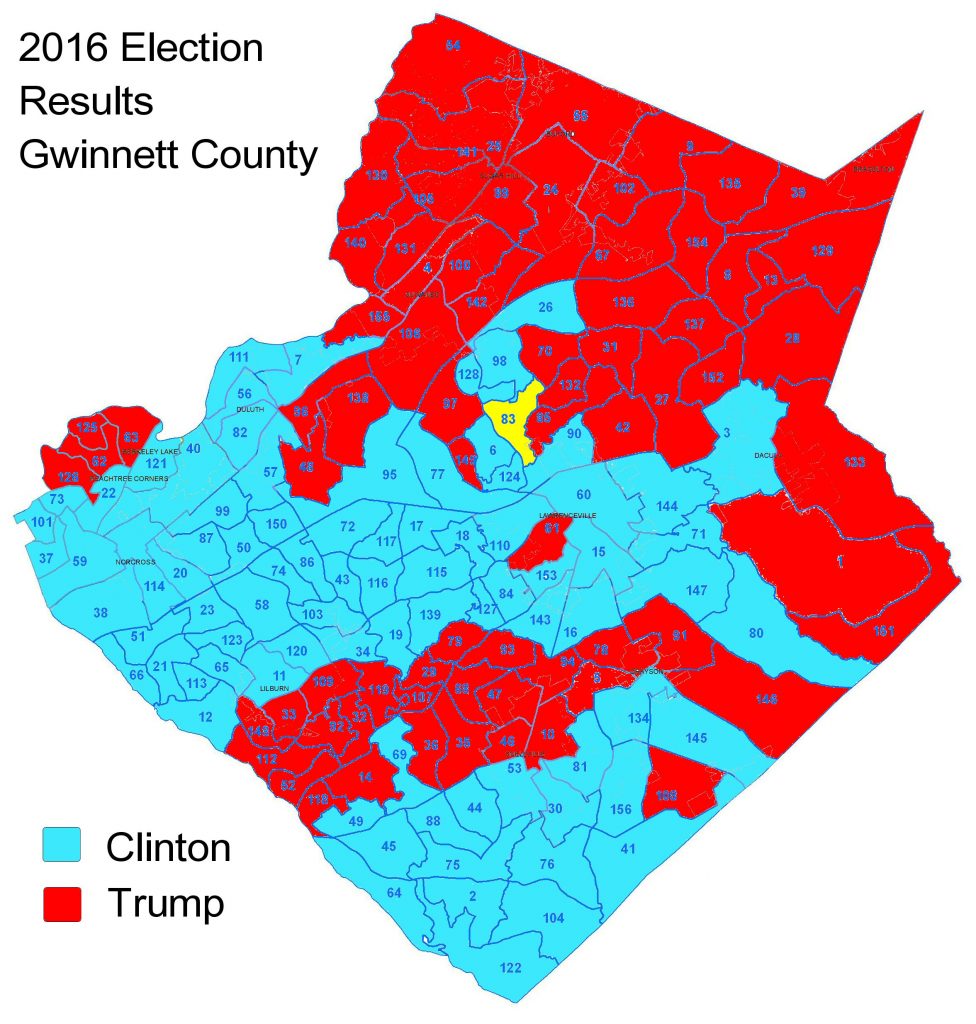 To download these vote totals for yourself, simply visit this Gwinnett County link:

Then move down the page a little bit and click on the link under “2016 General Election Results” called:

This will download a pdf with all the data for every precinct.

NOTE: As with any information found on the United Tea Party of Georgia’s website, you are free to the information on this page with or without credit.  We post articles and pictures to help promote the principles of limited government, personal and fiscal responsibility, and the fundamental tenants outlined in the Declaration of Independence and the United States Constitution, and hope that your use of any of this information will further that goal.