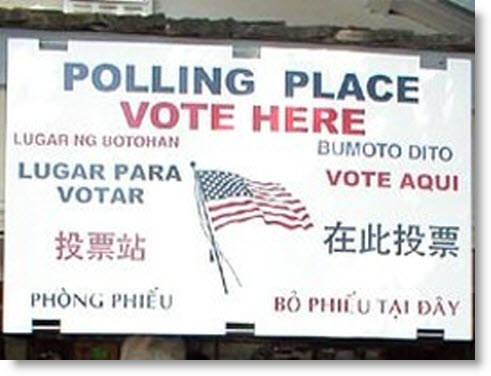 The Georgia Association of Latino Elected Officials has asked Gwinnett and Hall counties to provide Spanish-language ballots.  They are claiming that without having ballots in Spanish, many Puerto Ricans, who are American citizens, will not be able to vote.  The counties have asked the Secretary of State and the Attorney General to consider the issue.

We think having ballots in any language other than English is a bad idea. Some reasons that come to mind:

What do you think?  Leave your comments down below.

We support immigration the Right Way

Indivisible is against the wall

One thought on “Ballots in Spanish”