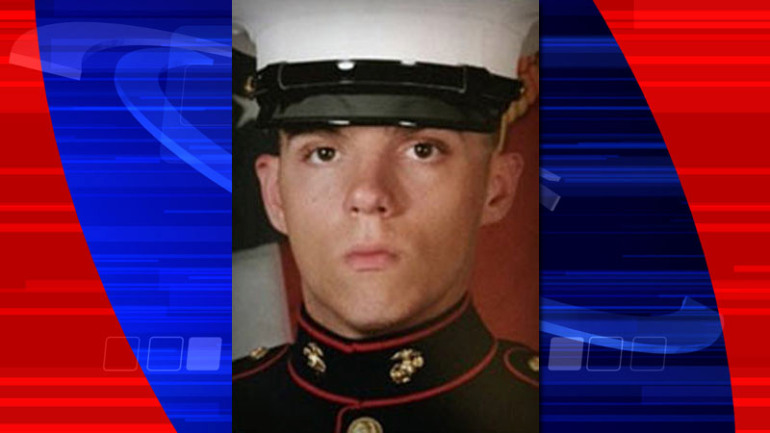 The recent memorial for Sprayberry High School graduate Skip Wells showed that “the budding life of the young man we all loved was senselessly, and abruptly, ended,” as Lt. Commander Dennis Wonders told the crowd Tuesday.*

Marine Skip Wells, who graduated 3 years ago from Sprayberry High School in Cobb County, was one of the 5 U.S. service men murdered by a Muslim terrorist. The shooter and the rest of his family were in Tennessee courtesy of the U.S. Refugee Resettlement (RR) Program, the same program that is place here in Georgia and financed by the Georgia General Assembly.

The financing brings in Refugee Resettlement contractors, licensed by the government, and they permanently set up shop in DeKalb They then funnel refugees to DeKalb, Gwinnett, Cobb, and every other county they can find in Georgia. This is the same program that brought the Boston Marathon bombers to the U.S.

YUP! Your Federal and State tax money is being used to bring Middle Eastern Muslims to Georgia without a thorough background check. They have immediate access to all government programs including: food stamps, welfare, health insurance, free cell phones and subsidized rents.

The following people have voted to fund Refugee Resettlement in DeKalb:

*Senator Fran Millar (Dunwoody) served as secretary of Senate Human Services Committee funding RR. In the 16 years of his service Senator Millar has voted to finance the migration of approximately 24,000 refugees directly to Dekalb County and 48,000 state-wide. This total does not account for last year’s refugees or the children at the border, who are also part of the RR program in Georgia. Millar is the go to guy for DeKalb refugees including the Syrians. Millar’s Target Assistance Grants require refugees to live in DeKalb for at least one year.

*Senator Renee Unterman, (Buford) Chairwoman, Senate Human Services Committee is the main leader of the RR effort in the Georgia Legislature. During her legislative career she has voted to bring to Georgia over 70,000 refugees not counting last year or the children at the border.

(Suwanee) As a member of the House Human Services Committee he voted 3 times in the 2014 legislative session to bring refugees to Georgia. He repeated this voting record for every year he served on the committee. Brockway passionately supports the refugee effort and is afraid cutting off the money to fund RR will “hurt someone”.

WHAT ABOUT MARINE SKIP WELLS AND THE 4 OTHER AMERICAN SERVICE MEN?

Tell them to stop funding this over burdened, fraudulent program:

Or visit www.refugeeresettlementrelief.com to learn more.