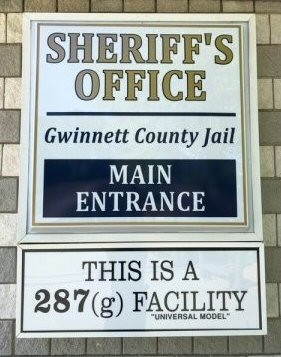 I received a call today (October 2) from Gwinnett’s Solicitor General Brian Whiteside. He is concerned that those on both sides of the 287(g) issue may be perceiving a possibility of conflict at tonight’s meeting. And as we know, perception can sometimes become reality.

Brian pointed out that I have unintentionally increased the anxiety level with a comment I made about carrying a weapon to the meeting. This is not unusual, as I carry every where I am legally allowed to carry, but those that do not know that fact assumed that I felt the need to be armed in order to attend the forum. That is certainly not the case – my remarks were mainly for those that had asked if a weapons license holder could carry at a Gwinnett County library. While I strongly support the 287(g) program and its implementation in Gwinnett, I do not fear violence from those at the meeting tonight that oppose the program. It takes two to escalate a conflict and, again, as those of you who know me can attest, I am never one who seeks to intensify conflict.

Brian knows me well enough to understand that as well, which is why he reached out to me. Brian and I are on different sides of the political spectrum, but we both want to improve the quality of life and the safety of Gwinnettians. In fact, during our call I invited him to speak at one of our Tea Party meetings, and he said he would be happy to do so. Brian knows that one of the most dangerous issues facing Gwinnett today is the growth of gangs and gang activity in the county and he said he would appreciate the opportunity to present information to our group.

The 287(g) program will not be changed by people yelling at each other, and certainly not by any type of confrontation. While I am looking forward to hearing the presentation from those against the program, I know the facts well enough that I am not going to change my mind. Nor do I expect I could say anything that will change the minds of those in opposition. The program lives or dies with the Gwinnett County Sheriff (and, to a lesser extent the County Commission because of funding control), and as such will be decided at the ballot box next year.

So – if you plan on attending tonight’s meeting, please remember to be civil, polite, and respectful of those that you disagree with. Those of us who support 287(g) will not lessen our efforts to educate voters about the 287(g) program and, in so doing, allow them to see the tremendous benefits to the county. But the only way we can persuade anyone is by a rational presentation of the facts and not through confrontation.