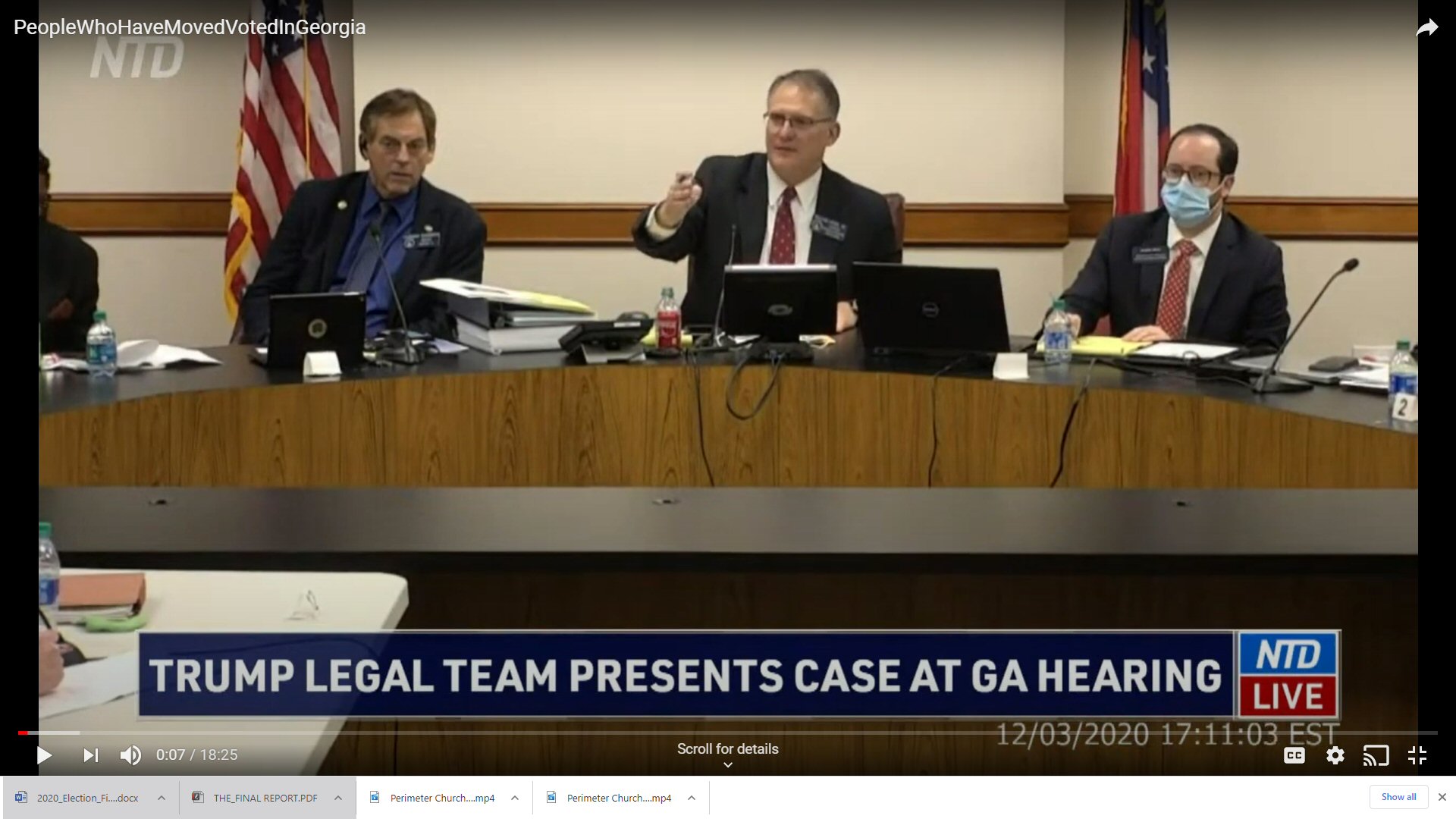 The Georgia Senate conducted a hearing on the November 3, 2020 election on December 3rd, 2020. They have released their preliminary report. The most damning quotes:

“FINDINGS –  The November 3, 2020 election was chaotic and the results cannot be trusted.”

“The Legislature should carefully consider its obligations under the U.S. Constitution.  If a majority of the General Assembly concurs with the findings of this report, the certification of the Election should be rescinded and the General Assembly should act to determine the proper Electors to be certified to the Electoral College in the 2020 presidential race.”

The 15-page report contains a summary of the day’s testimony and alludes to some of the many affidavits that were submitted to the committee. It points a finger at the Georgia Secretary of State for failing to enforce election law.

“The Secretary of State and the State Elections Board failed to enforce the law as written in the Georgia Code, and furthermore, created policies that contravened State law.”

We hear over and over again – “But there isn’t any evidence!”

A weapon is found at a murder scene with a suspect’s fingerprints is only circumstantial evidence. Add to that three witnesses who swear that they saw the suspect commit the murder and the case is a slam dunk. This report contains eye-witness testimony from many witnesses of widespread voter fraud. If this evidence is good enough to give someone the death penalty it should be good enough to throw out the election.

Click HERE to view selected excerpts from the testamony.