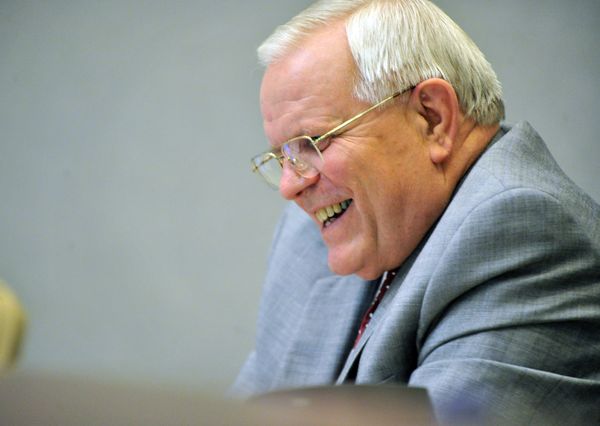 If you live in Gwinnett, the largest portion of your property tax bill is for the Gwinnett County Public School system (GCPS).  They have independent control over how much tax is collected, and while the County is probably going to make a move to keep their portion of your property tax from increasing too much (by lowering the millage rate) GCPS is charging ahead with a 3.24% increase.

I went to one of the public hearings, and not only was I the only speaker I was the only visitor in the entire place.  But since I went to the trouble of putting together a short statement I thought I would pass it on to you.  While the Gwinnett Daily Post was at the meeting, I don’t know how much of what I said will be printed:

You mentioned home values in 2008.  Good point.  Many people bought homes in 2005 and 2006 and are now underwater.  Many of those purchases were Interest Only loans which are about to convert to 20 year Fixed Rate loans, and quite a few homeowners will not be able to make the increased payments if their property taxes go up as well.

So I think that before you raise taxes by 3.24% please consider the following:

2 -Right now the Gwinnett County Public School system is paying the salary of two employees at the Gwinnett Chamber of Commerce.  Most legal experts acknowledge this is illegal, but for some reason this $150,000 per year payment continues.  It has been listed in your budget as “banking fees,” I guess in hopes that nobody would notice.  Since 2007 this has come to almost $1.5 million.  Stop these illegal payments to the Chamber and you save $150,000 a year.

3 – The Gwinnett County school system refuses to tell us how many illegal aliens are in our schools.  You track children by age, sex, and even race, so you either have that information and won’t release it or you intentionally make a special effort not to collect the data.  But based on some other information you do release we can guess that about 11% (or 19,000) of the children in public school in Gwinnett are here illegally.  If per pupil spending is rounded to $10,000 per year  (and it is actually more for non-English speakers) that comes out to almost $200 million to educate children who are here illegally. I understand why you refuse to release that information – a lot of taxpayers would be pretty upset.  But if we want to try to fix that problem then taxpayers should know how their money is being spent.

You can fix the first two issues immediately and save $400,000 per year.  The third issue will take more time, but releasing the information may create the will to find a solution.

During the meeting, Board member Dr. McClure started asking about how much of their revenue came from commercial real estate verses private homes.  They were not real sure of the answer, but guessed it was about 60%.  He stated that he would like that number to be closer to 70%, because then “residents wouldn’t be paying the bill, most of it would be paid for by businesses.”  No disrespect, but Dr. McClure needs to learn that businesses do not pay taxes – they simply collect it from residents and then pass it on to the government.  Does he believe that if they readjusted the tax structure so that they only taxed commercial property that residents wouldn’t pay any school tax?

Send your GA tax payment to a Christian school instead