There will be a lot of articles about the horrible wasteful spending in this ‘stimulus’ bill.  But if you remember some of your Constitution, that all spending bills must originate in the House of Representatives, you might be wondering how a massive debt increasing wealth redistribution bill could come from the Senate.  Article I, Section 7, Clause 1 (also called the Revenue Clause) says that:

All Bills for raising Revenue shall originate in the House of Representatives; but the Senate may propose or concur with Amendments as on other Bills.

So – how did they pull this off?  The same trick they have been doing for years.

In July of 2019, the House passed House Resolution 748, the “Middle Class Health Benefits Tax Repeal Act of 2019.”  This just sat in the Senate until Senators needed to pass a massive spending bill.  They then took the House Resolution, stripped out EVERYTHING after the “enacting clause,” put in 854 pages of spending, then passed it.  Now they can claim that this spending bill originated in the House.

But this is the type of thing that goes on every day in Washington, and nobody calls them out on it.  I wish the Senate had tried something like this back in the 1700’s so we could have read what Jefferson or Hamilton had to say about it.

So when you hear someone rant about the wasteful spending in the bill, or the fact that money set aside for grants remains available until it is all spent (not just until the pandemic is over) or the way that this was rushed through without any of us being able to study it, or any Representative actually being able to read it, I hope you will bring up the disregard for the Constitution that allowed it to be done in the first place.

Somebody needs to stand up for the Founding Fathers. 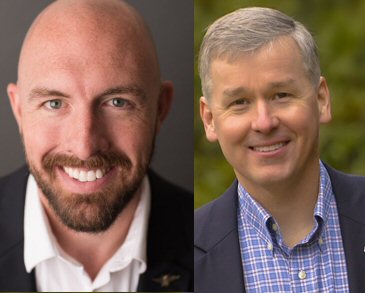