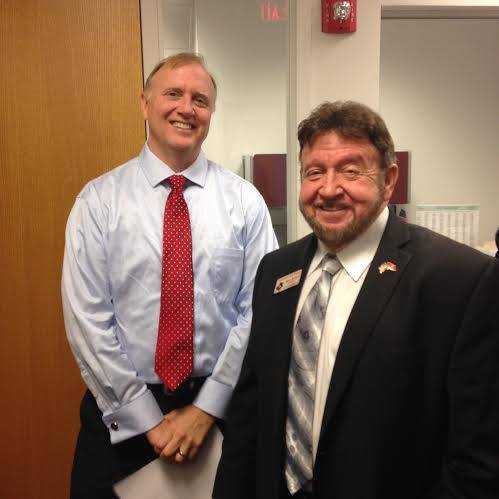 Just hours before Congressman Rob Woodall voted for the $1.1 trillion, 1,700 page Cromnibus bill (that funded the government, including Obamacare, through most of 2015 so the new Senate could not enforce spending cuts, and allowed the President to implement his Executive amnesty) Steve Ramey and David Hancock joined other Gwinnett Tea Party members at the Congressman’s Lawrenceville office to express our concern about the vote and to hand deliver the following letter.

NOTE: Read an article on our visit in the Gwinnett Daily Post.

We are speaking for the membership of the Gwinnett Tea Party in reference to the Amnesty program being promoted by President Obama and perpetuated by both Democrats & Republicans. We formally request you vote NO and use all possible influence to stop this travesty enabling 5 million illegal aliens to remain in the United States.

We also demand the de-funding for Obamacare and any amnesty monies to be set aside to assist Obama’s agenda on either project. The House of Representatives appropriates all funding or de-funding for programs. Specific wording can remove said monies for such programs we feel are weakening the laws, the allegiance to our nation and our Nation’s society and values.