Forty percent of states in the US have some form of religious protection act.  President Clinton even signed one for the federal government.

Georgia tried again in 2015 to pass a version modeled after the federal act, but amazingly it (as of this writing) appears to have stalled because conservative Republicans won’t vote for it. 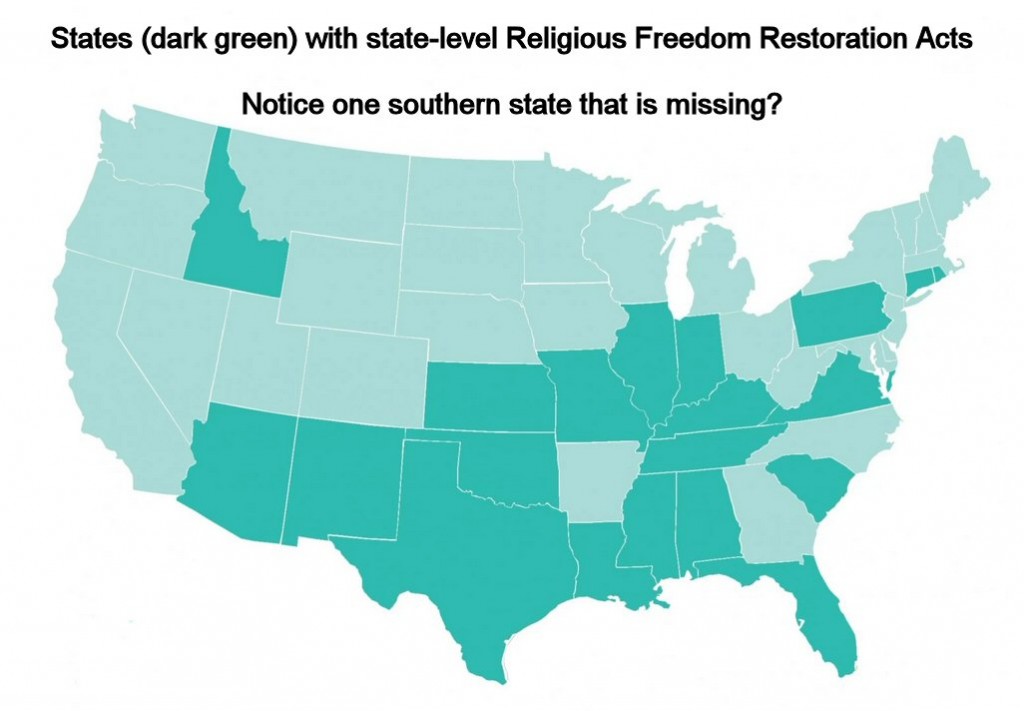 One thought on “Religious Freedom”