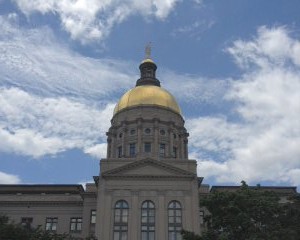 For the Georgia General Assembly.  2016 is technically the second half of the session, with some bills held over from last year.  Here is what we are watching now, with minimal comments so the article is not too long – but some of these things are BIG.  We will be updating this page as the session unfolds, but please help us – things change so quickly that if you have updates please post them as comments and we will adjust this page.  Thank you!

SB-250 – DEAD FOR 2016 – Prohibit the purchase of a firearm by any person who is currently a party to a divorce.  Proposed by Democrat Michael ‘Doc’ Rhett, this legislation will not go anywhere.

HB-731 – DEAD FOR 2016 – would ban “assault weapons.”  In an interview with the bill’s author (Mary Oliver) she said she would really like a way to confiscate them.

SB 368 –  DEAD FOR 2016 -Thanks to Nathan (see comments below) for bringing this to our attention.  Trying to sneak in Medicare expansion to boost Obamacare is, well, sneaky.  Don’t expect this bill to pass, but this shows why we need to keep up with what is going on downtown.

SB 330 – DEAD FOR 2016 – An add-on attempt to extend HB170 passed last year to give ½% additional sales tax to MARTA.  It is a badly-formed bill and is opposed by virtually everyone in N. Fulton.  Johns Creek and Alpharetta. City Councils have both passed resolutions in opposition.

HB 929 / SB 376 –  DEAD FOR 2016 – Some are trying to get Georgia on board with an end-run attempt on the U.S. Constitution – nullifying (they use the term ‘reforming’) the Electoral College or, at least making it moot.  Ten states so far have signed on – read about the movement HERE.  Liberals and Progressives are the driving force behind this movement.  Groups like Heritage are opposed and give some good reasons.  There is a similar bill in the Senate.

HB 719 –  DEAD FOR 2016 – Rep. Brad Raffensperger wants to make being registered to vote in Georgia as a requirement for anyone elected or appointed to any local or state public office.

HB 543 – DEAD FOR 2016 – Constitutional Carry (allegedly).  In a nutshell would allow Georgia residents to carry a gun without having to obtain a license.  Why?  Because the Constitution says so!  But it looks like this bill is not truly Constitutional Carry, and as it stands may not be a good bill.  We will continue to watch this one.

SB 85 – DEAD FOR 2016 – It passed the Senate but withdrawn by the House.  It proposes to strip from the law on Development Authorities ALL the criteria that define “projects” that qualify for “tax abatement” by these Authorities.  This would have the effect of making tax abatement the de facto tax policy for any new commercial development project regardless of purpose or merit.  Development Authorities were created as a means to provide tax abatement as “incentive” to attract and retain businesses and create jobs.  SB-85 would make the “incentive” automatic without regard to job creation or anything else.  The author of SB-85 is also author of SB-330, the MARTA Tax Expansion bill.

SB 323 – DEAD FOR 2016 – Here is one I haven’t heard anything about, but it looks bad.  Here is actual text from the bill “… provide for public disclosure not to be required for any documents pertaining to an economic development project by any agency”.  I’ll bet this is a Chamber of Commerce type bill to let the government do what it wants with being bothered by pesky citizens.  Someone please investigate…

SB 129/HB 218 – Religious Freedom Restoration Act (RFRA) – Has a decent chance to pass, even though Delta and other large companies are opposed, and even though the Speaker of the House will introduce something called the  Pastor Protection Act, which sounds good but looks like a ploy to stop RFRA.

SB 6 – DEAD FOR 2016 – Senator McKoon again.  Great bill that would have kept illegal aliens from being able to obtain a GA driver’s licenses and require the GBI to make public the information it is already getting from the feds on the capture, incarceration and the release of criminal aliens.  Should have passed last year but has stiff opposition.  NOTE: Many Legislators will try to lie to you and tell you that Georgia is not giving driver’s licenses to illegal aliens.

HB 14 – DEAD FOR 2016 – Fiscal Responsibility Act – requires General Assembly approve any state/local government getting federal funds.  It’s about time to do something – Georgia ranks 14th in states taking the most federal money, with over 38%  of our budget coming from Washington.

HB 243 – DEAD FOR 2016 – Education Reform, including Education Savings Accounts, which would allow parents to use State money to send children to a private school .  The bill was introduced last year but didn’t make it through both houses.  Lots of Representatives are against this.

American Laws for American Courts, or ALAC (HB-171).  Would keep Sharia Law from being brought into our courtrooms.

Step 2 on legalizing marijuana in Georgia.  Step one was getting it approved for medical use, but the groups funding the bill want full legalization for recreational use (like Colorado).  They knew that getting it passed for medical use would require follow-up legislation to allow marijuana to be actually grown in Georgia since it is illegal to transport across state lines.  So this year they should try and get that passed.  In 2017 they can then go for recreational because it is not an election year.  But see SR-6 and SB-198.

HB 693 – DEAD FOR 2016 – and a proposed state constitutional amendment by House Majority Leader Jon Burns, R-Newington, would establish the Georgia Legacy Trust Fund.  He wants to raise money to purchase private land and put it in the hands of the State.  Better than the federal government owning land, but still not a win for private property rights.

HB 721 – DEAD FOR 2016 – Rep. Waites’ bill would limit the use of fireworks in and near residential areas. In some areas, they couldn’t be set off on big holidays after 10 p.m., under the legislation. The bill also would allow local governments to set new restrictions.

HB-370 – PASSED – AKA the “Gag Act”.  Started out as legislation this would force groups (like the Tea Party and even religious groups) who spend money to influence an upcoming vote to disclose their donors.  This was a direct result of the Tea Party running a campaign against the Speaker two years ago, and has already passed the House.  UPDATE: We have heard that the Senate Ethics Committee stripped everything out but the part concerning waiving of fines for county and municipal candidates.  Someone who attended both hearings this session now believes it to be a good bill, although there are good reasons why the fines should be waved.  The current version is LC 28 79585.

Things we wanted to see but didn’t:

Allow sale of Catastrophic Health Insurance – Tea Party Patriots is pushing this one.  Why shouldn’t young healthy people be able to buy inexpensive insurance to pay hospital bills in the case of some major accident or health issue?  Hopefully someone in the GA Legislature will pick this one up.

Hopefully a proposal to force any new EPA regulations to be approved (in some form) by the State Legislature.  Americans for Prosperity is pushing for this.

Merit Pay for Teachers – Not sure what form this will take, but the Governor is in favor.  However, as one might expect, the teacher’s unions are adamantly opposed.

Georgia for Fair Tax has been working on a state form of a Fair Tax proposal and will be looking for a member from Georgia to bring it to fruition.  If they can get it to the floor it will really be interesting.